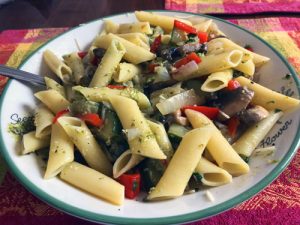 In these sequestered days, we don’s always order food for pickup. We always liked cooking at home, although sometimes we have periods of going out a lot, but sometimes it’s good to get something you can’t get at a restaurant. I say this in the same vein that there are some foods you can’t make well at home. END_OF_DOCUMENT_TOKEN_TO_BE_REPLACED

After some pondering, I think the reason is that mint has a cool taste and chocolate has a warm taste. They cancel each other out into a muddled sensation where neither flavor stands out.

I guess I’m just a purist for some foods. Although I like Mexican food and barbecue, I would never eat a Mexican pizza or a barbecue pizza. Nor would I eat an Italian taco, with meatballs and spaghetti sauce. Some restaurants think it’s cool to put hakusai – Napa cabbage to gaijins – on salmon or mahi-mahi burgers. Raw hakusai on a sammy is a bad idea. (You could grill it first.)

Barbara, my barber, keeps a tin of chocolates on her workstation, by the mirror on the counter. Clients can get a choco fix while getting clipped. Sometimes she has leftover Halloween candy, sometimes individually wrapped morsels like Reese’s or Hershey’s Kisses or miniatures, but most often it’s M&M’s – plain or peanut. Barb doesn’t care how much we eat. “That keeps me from eating all of them,” she says.

At my appointment last Saturday there were lots of large green M&M’s in the tin. I ate one, the first of several. The cool taste of mint, followed by chocolate, filled my head. Like Proust’s madeleine, it caused a flood of memories. END_OF_DOCUMENT_TOKEN_TO_BE_REPLACED 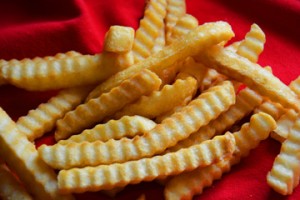 The Golden Temple was a macrobiotic restaurant on the northeast corner of Westport and Broadway. I think the Sikhs ran it. What the heck, I figured. It seemed worth a try, at least.
END_OF_DOCUMENT_TOKEN_TO_BE_REPLACED 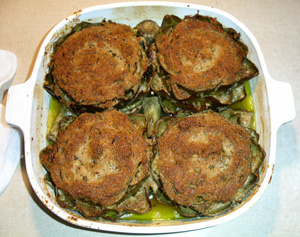 When I was a kid in grade school, Fridays were a two-edged sword. On the one hand, it was the last day of the school week. On the other hand, we were Catholics and could eat no meat on Friday. That meant even Bacos (maybe they were called bacon thins), those bacon-flavored crackers! I always tried to cram in one last ham or salami sandwich before bed on Thursday to see me through the long Friday fast, and I always stayed up past midnight on Friday (so, technically it was Saturday) for another one.